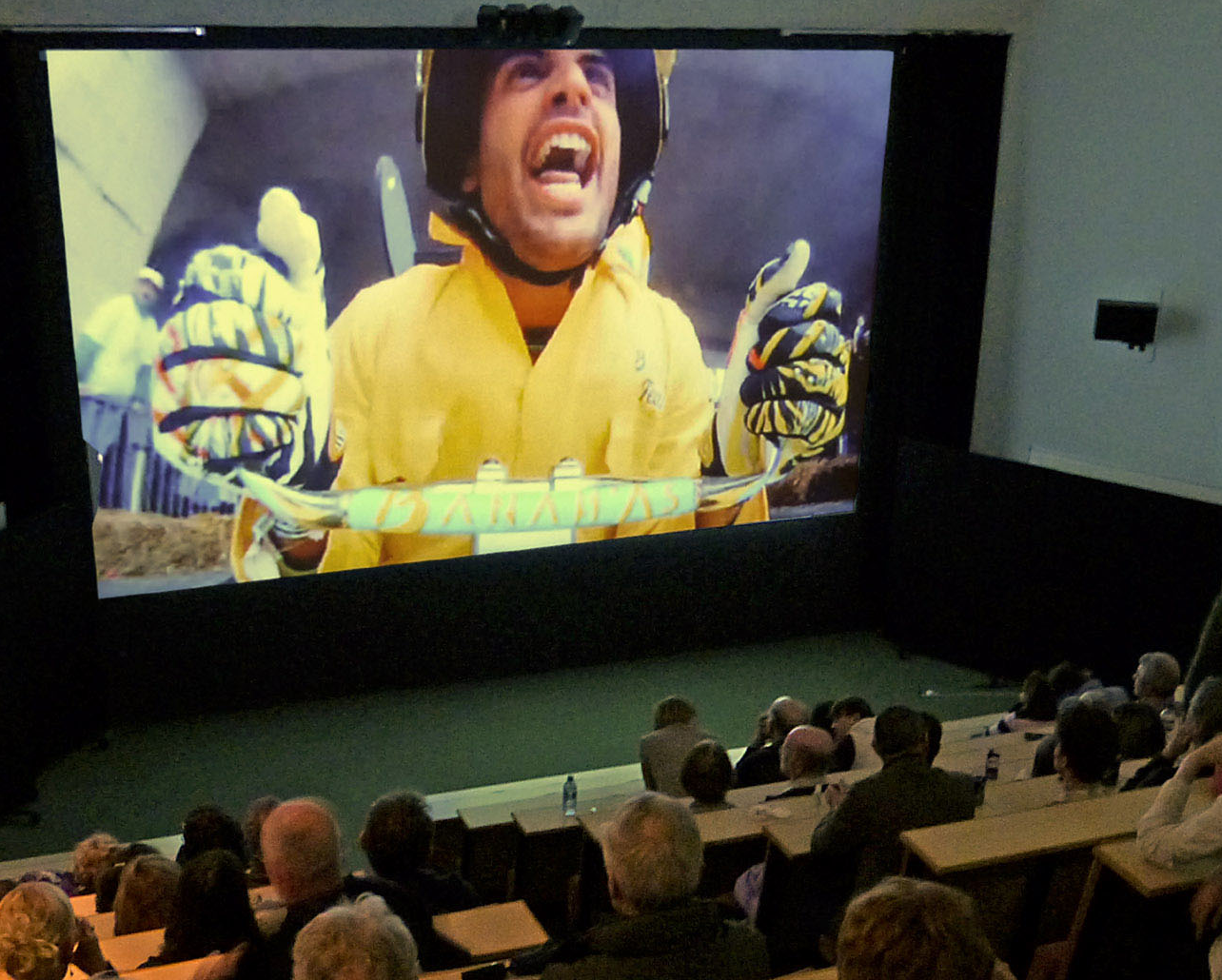 The Film Place is an independent, part-time community cinema. It is a not-for-profit charitable company, run by volunteers.

We screen films twice a week (normally on Fridays and Saturdays) in the large lecture theatre at the University of Buckingham’s Chandos Road Building. We are indebted to the University for the use of these premises. Since opening in November 2005, we have screened over 1000 films to over 30,000 people.

We screen a range of films – mainstream, independent, foreign and family films. We have special events e.g. with Producer or Director for Q&A. Our ticket and refreshment prices are kept low to tempt all. Free parking is provided opposite The Film Place.

We have been supported by Buckingham Town Council with an annual grant and have funded improvements with the aid of grants from Aylesbury Vale District Council’s Community Chest. 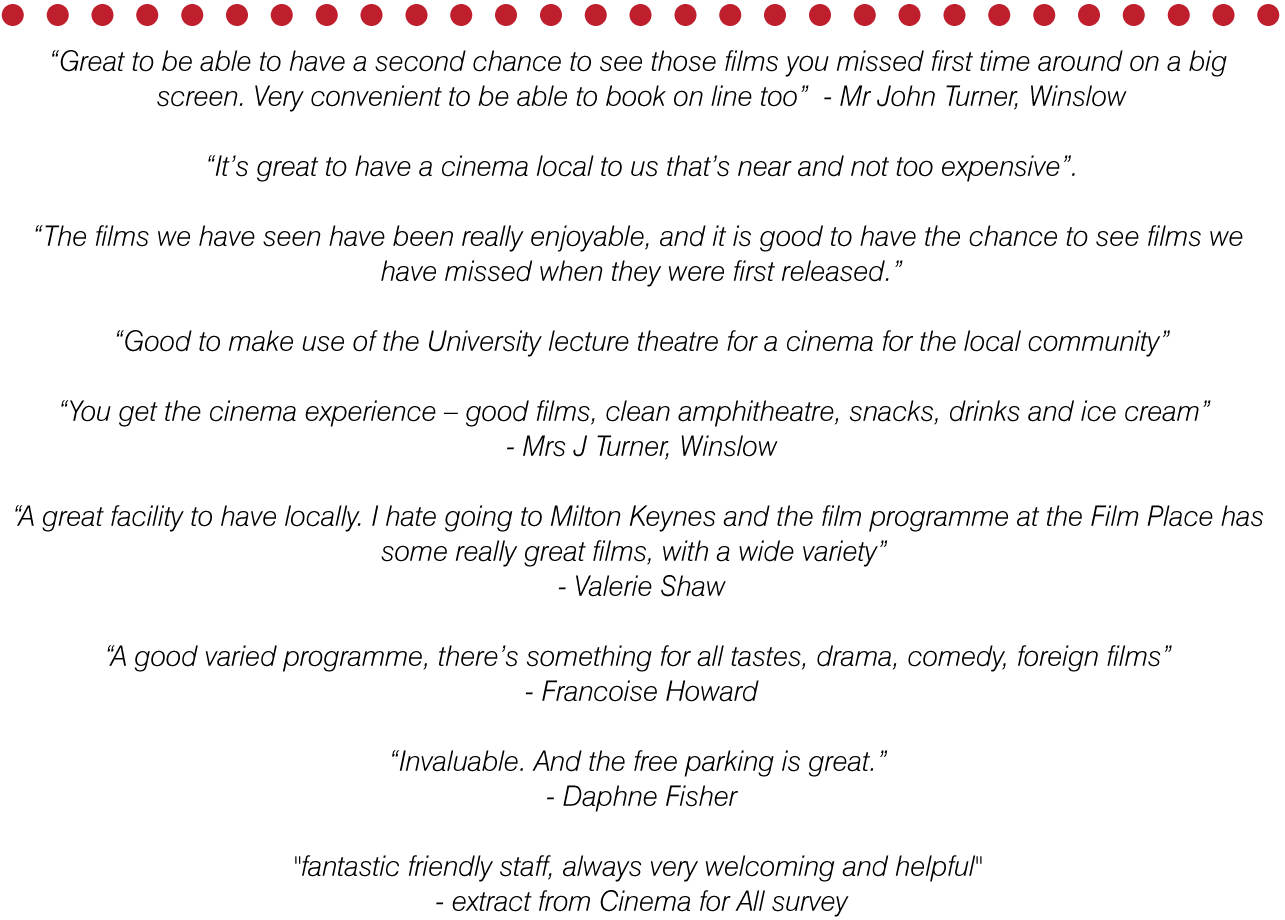 MESSAGE FROM  SIR IAN MCKELLEN ON THE OCCASION OF THE GALA SCREENING OF “MR HOLMES”,  22 November 2015:

“I wish it had been possible for me to attend the Gala evening because clearly the Film Place is the place to be! During the screening, I shall be helping out at the Evening Standard Awards in London.

As you are about to discover, the script of MR HOLMES is imaginative and full of appropriate mystery, almost as if Conan Doyle had been involved. The great joy for me was working with such a talented cast of beloved colleagues, particularly the director Bill Condon.

I do hope you have a successful and happy time and that you enjoy the film as much as I did making it.

Welcome to The Film Place

The Film Place is Buckingham’s own local cinema. The Film Place transforms the lecture theatre at the University of Buckingham into a cinema which provides 160 seats. We offer for sale a range of confectionery, ice cream, tea and coffee (occasionally wine!). Free car parking is available across the road from the University.

• Pay for tickets online only.
• Prices: Adults £6.50 / Children & Students £4.50 (children under the age of 14 must be accompanied by an adult). Special event ticket prices may vary.
• Cancellation / Exchange of Tickets Purchased tickets can be cancelled up to two hours prior to the start of a screening. See Tickets/Bookings page for further details.

Disabled parking spaces in car parks to the front and side of the building.

Deaf or Hard of Hearing

Our website and printed programmes provide details of captioned / subtitled performances. A hearing loop is available. Visual fire alarms are installed in public areas and toilets.

Register your email details to receive our newsletter.

Got a bit of spare time? Would you like to help occasionally, or perhaps train as a projectionist? Visit Volunteers tab for more information.